Clive was fortunate to have some excellent mentors who instilled a sense of service to one’s patients, a philosophy which he continues to cherish. 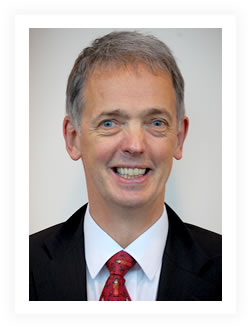 Having graduated from Bristol Dental School in 1980 he undertook several house jobs before going into general practice. He bought this practice in August 1989. In October 1990, a new contract was imposed on NHS dentistry and Clive Marks realised that this would prevent him providing the quality of care he felt suitable for his patients.

Despite still being in the process of building up his practice, he decided to “go private”. In January 2006, he bought out his former colleague enabling him to install a completely new dentist’s room.

Since then he has held a variety of positions in professional bodies:

Clive accepts patient referrals for occlusion. If you are a dentist and would like to refer a patient to Clive, please get in touch.
Refer a patient 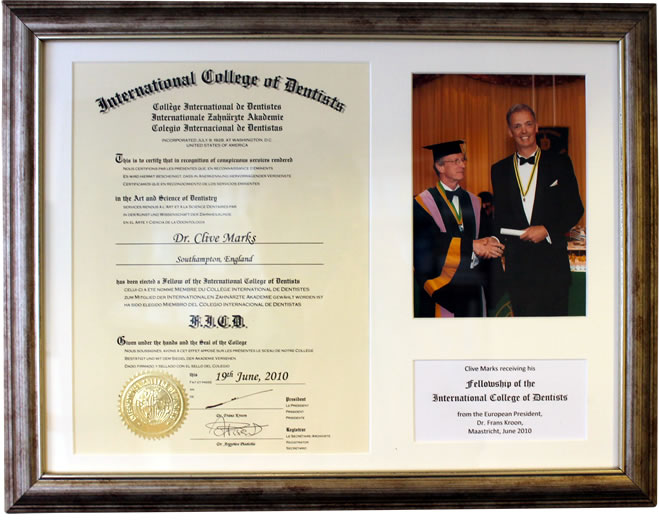 During his year as regional B.D.A. President he decided to turn his Presidential meeting to the advantage of others by staging a fund-raising event for Dentaid, a charity whose noble aim is “Improving the world’s oral health”. Clive’s colleagues were invited to enter “The Dentaid Triathlon” by being sponsored for doing 15-minute sessions on the runner, rower and cycling machines in a gym. National dental dignitaries came to take part in the “chain-gang”, wearing their chains of office while doing the exercise. We were also privileged to be joined by a local colleague, Tony Chivers (seen on the right of the picture), wearing his jacket from the 1950 British Empire Games (Auckland) at which he won a bronze medal for the 3-mile race.

The local media were most supportive of this event, with BBC Radio Solent even holding regular updates from the gym throughout the day. Clive has been the radio dentist for Radio Solent since 1989.

Each time Clive has refurbished his rooms, the old equipment has been donated to Dentaid and these are now in Nagornyy Karabakh and the Cameroons.

Clive has lectured on crown and bridge work both locally and on behalf of the British Society for Restorative Dentistry. He is one of about only 300 dentists nationwide to have undertaken specific training in dealing with how problems in your mouth can cause headaches, neck aches and shoulder pains.

Having grown up on the banks of an estuary in Devon, Clive has a keen interest in natural history. This has recently taken him to Djibouti in order to swim with 20-foot whale sharks and to search for the endangered Djibouti francolin.

He has also sailed from a young age and took part in the Ocean Youth Club’s World Voyage in 1996. More recently he has been involved with the Jubilee Sailing Trust and presented a lecture on its work to the European Medical and Dental Symposium.

Clive went to the Cathedral School in Worcester and developed a love of singing. He has had the good fortune to sing with some fantastic choirs which have enabled him to do many tours and award-winning recordings. He regularly gets calls to help bolster numbers for one of his old choirs, the London Symphony Chorus.

Having been educated in such splendid surroundings, Clive appreciates the cultural aspects of life. On a recent culture-vulture trip to Rome he was surprised to find himself shaking hands with the Pope!

He has memberships of:

One day every three weeks he sits as a magistrate in the Southampton Courts.

The realities of COVID-19 mean that changes will be developed to our advertised opening times. Please call us about any appointment and bear with us while we develop the new normal.